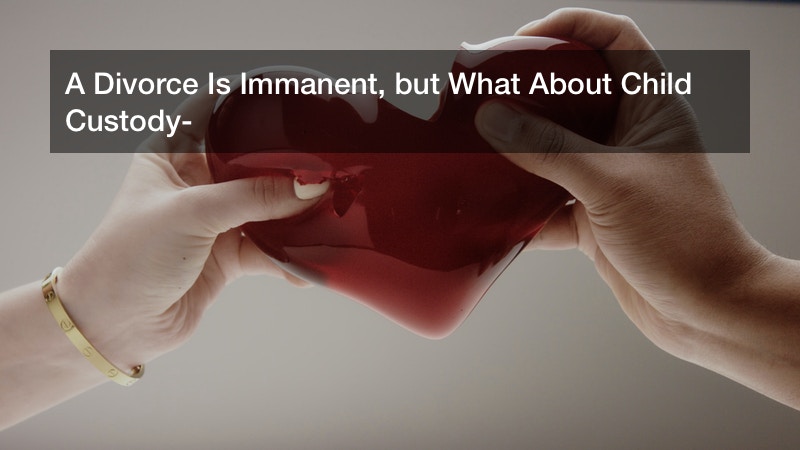 Divorces are common. Over 1 million children have been involved in divorce proceeding annually. Nearly 30% of marriages that are failing involve disgruntled couples with children under 18 years of age. One of the most important parts of a divorce is being able to work out parenting agreements that relate to visitation and child custody law. This isn’t easy, especially for people facing animosity within the breakdown of a relationship.

It is important to understand the different types of child custody law. The basics concerning child custody law are fairly simple, even though some cases can remain open for years due to new modifications brought about by life changes. A divorce attorney can assist you in understanding the basics and what they mean in terms of your child custody case. With the right law firm on your side, you will be able to get the legal help you need.

There Is a Difference Between Sole, Physical, Legal and Joint Child Custody Law

Sole custody is typically awarded to one parent when the other parent has been deemed ‘unfit’. This can include having a drug or alcohol problem, or charges of child neglect or abuse. Your lawyer will make it known whether this is an option for you or not since most states are trying not to award sole custody without serious cause.

Physical custody is exactly what it sounds like. It means you as the parent have the right to have your child live with you. Your attorney will explain your rights in regards to the state in which you live. In some cases, joint custody is awarded giving both parents custody to lessen stress and help children live a somewhat normal routine where the child will live with one parent and still give plenty of visitation with the other.

Having legal custody of a child means that a parent has the obligation and right to make decisions concerning a child’s upbringing. This includes making choices about religious upbringing, schooling as well as medical care. If both parents share joint custody, they will both make these decisions.

There are many options involved with joint custody arrangements. Since both parents share custody a schedule has to be arranged according to housing agreements, work requirements and of course the needs of the child or children. Parents must agree upon a schedule or a court will appoint one for them.

It is common for weeks to be split between each parent. Other arrangements tend to include alternating years, months or six-month periods. Another common arrangement is decided who children spend weekends and holidays with one parent, while the other parent takes care of them during weekdays.